2016 Big One For One Drop Moves To Monte Carlo 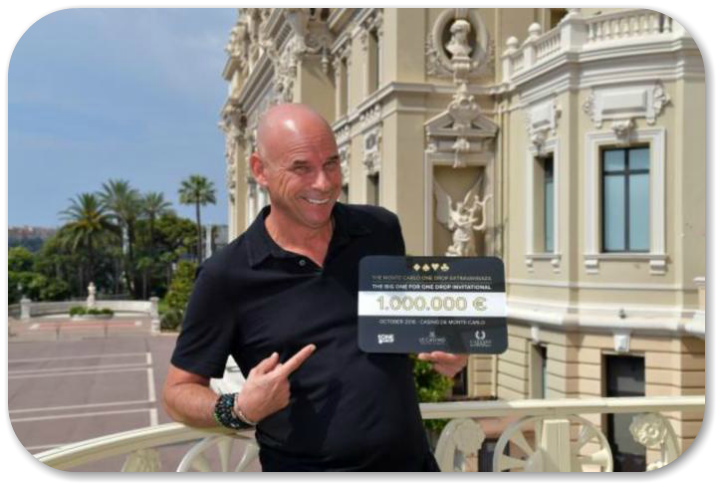 As you might already know, the Big One For One Drop $1 million tournament has left Las Vegas for Monte Carlo, which is, of course, the premier destination for gambling. The main attraction will of course be the 2016 €1 million buy-in Big One For One Drop event. But this is not the only exciting thing taking place during the series at the world famous Casino de Monte-Carlo.

Schedule for Monte Carlo’s Big One For One Drop Event

The tournament series is set to begin on Thursday October 13 with three Steps Tournaments to satellite into the Big One For One Drop, and concludes on Monday October 17 with the €1 million buy-in High Roller Cash Game, which will no doubt be a spectacle in and of itself. The full schedule has been released.

There will be other high roller tournaments during the Big One For One Drop festival, with buy-ins ranging from €10k to €100k, as well as many cash games on offer, which many tournament players will be jumping straight into after busting. Games will start at noon local time every day, with No-Limit Hold’em, Pot-Limit Omaha, Open-Faced Chinese Poker and Mixed Games being spread.

The Big One for One Drop will be an invitational event for “businessmen, philanthropic and celebrity recreational players” for the first time to shift the focus more towards recreational players. With that said, a few high profile poker pros like Daniel Negreaunu and Antonio Esfandiari are expected to get invites.

“We also want to create a fun and comfortable poker environment for recreational players where they are not under the threat of being bled out by the pros.”

Las Vegas based poker pro Antonio Esfandiari won the first Big One For One Drop in 2012 and hyper-turbo player online grinder Dan Colman won the event when it was last held in 2014. It will run over three days, October 14 to 16 and unlimited re-entries will be permitted on the first day of the event.

Big One For One Drop Foundation

As is typical of Big One For One Drop high roller events, 100% of the proceeds will go directly to One Drop’s water-access projects to improve access to safe drinking water around the globe. The buy-in will be €1 million with no rake and €111,111 of each entry going to the charity founded by Mr Laliberté who was inspired to create the foundation after seeing struggling communities during his travels abroad.