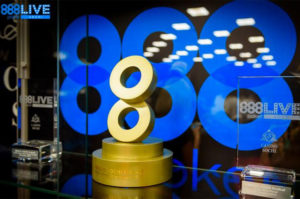 If you’re already planning which tournaments to watch or take part in, make sure to take 888poker LIVE into account. The poker company has officially published its schedule for the upcoming months.

The LIVE tour will return to some of the cities that already hosted 888poker events last year, including Bucharest, Sochi, London, and Tallinn. However, one new place was added to the list, and that’s the capital of Spain — Madrid.

888poker is always having some great partners for its tours, and it will renew some of the partnerships once again.

888poker And Its Renowned Partners

Two names that pop up on the list are the Battle of Malta and the World Series of Poker. Both of these poker organizations have had a very long and fruitful cooperation with 888poker.

In fact, WSOP and 888 have been partners for six years.

The list of upcoming 888poker events is quite lengthy, so we will mention here the most important ones. Read on!

Details About the LIVE Schedule in 2020

The first stop will be the new one in Casino Gran Via, which is located in Madrid. Players who want to take part in this tournament will have to travel to Spain on Jan. 23 when the first event will take place. The Madrid stop will wrap up on Feb. 3.

The total amount of guaranteed prizes at the festival is €1 million, and the most important event will be the 888poker LIVE Madrid €888 Main Event, where the starting guaranteed prize will be at €800,000.

After Madrid, the tournament travels to Aspers Casino Westfield Stratford City, where the 888poker LIVE London Weekend will take place on Feb. 5-9.

Since it will take place at the same time as the 2020 London Affiliate Conference, many players are expected to visit the festival.

The capital of Romania, Bucharest, will be the next stop for the tournament on March 23-29.

The guaranteed prize for the last Main Event was €300,000, so similar numbers are expected this time as well.

After Romania, 888poker travels back to Spain — to Barcelona, to be precise. The festival will take place on May 14-25 at the popular Casino Barcelona.

The end of May is the perfect time to enjoy this tourist hotspot.

During June, 888poker will sponsor WSOP Crazy Eights, and will also be one of the sponsors for the WSOP Main Event.

After the WSOP wraps up, the 888poker festival goes to Sochi on Aug. 6-14, where players will have an opportunity to play poker at the legendary Casino Sochi.

The festival will then travel to the neighboring country of Estonia. The Olympic Park Casino in Tallinn will host a series of 888poker events on Sept. 1-7.

One additional tournament that is now officially sponsored by 888poker is the Battle of Malta, and it is expected to attract numerous players this year as well. Last year, the Main Event attracted 4,657 entries.

The festival will end with one last visit to Aspers Casino in London on Nov. 16-29.