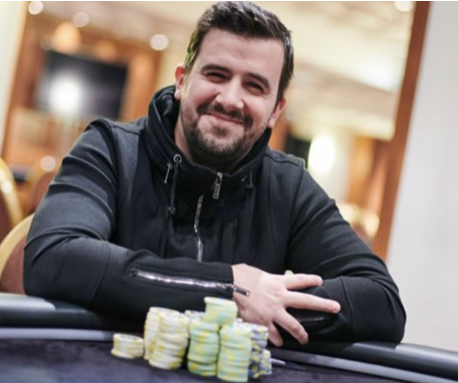 The Triton Poker Series returned to action at the Merit Royal Hotel Casino and Spa in North Cyprus from April 2-7. This marked the return of Triton Poker since canceling a significant 2020 event schedule due to COVID-19 and the postponement of events in Russia and Bali. Justin Bonomo won the last Triton Main Event with his win at the Short Deck finale in London at the Hilton on Park Lane.

Triton held its first high-roller real money poker event in more than two years at the $50,000 6-handed NHL of the Triton Poker Special Edition Series. This first event of the Triton Poker Cyprus series featured 82 entrants and a massive prize pool of $3,936,000 paid to the top eleven finishers.

The four events are taking place over two days this week, with Hungarian Andras Nemeth coming away with the title and a prize of $1,082,000 in the first event.

The win for Nemeth is his most significant live cash ever, as he’s now won more than $6.1 million in live earnings and has a considerable amount of online success to his name. He is also the first Hungarian to win a Triton event after beating countryman Laszlo Bukhtas’s heads-up at the final table to win the tournament.

Recently, Nemeth has been hot on the high-roller series, starting with two European Poker Tour victories at Prague in March. He also received 816 points for the Card Player of the Year title after his fourth final table and third title of 2022. In March, he also won the European Poker Tour Prague party and is now 35th in the yearly POY race sponsored by World Poker.

“It was surreal to play for the first time and to then get heads-up against one of my best friends in poker. I had to pinch myself,” said Nemeth in his post-tournament interview. There are five more events scheduled this week alone in the Triton Cyprus Special Edition, with Nemeth maybe looking at playing in Wednesday’s Short Deck Tournament.

Race to the Final Table

Phil Ivey would finish fourth, taking home $387,100. Dong Hyun Kim was third with $503,800 in winnings. Nevertheless, Bukhtas came up just short against his fellow Hungarian and walked away with the $770,000 second-place prize. It was the second-largest win of his career behind his runner-up finish at the 2018 WSOP Europe main event when he took home $797,609.