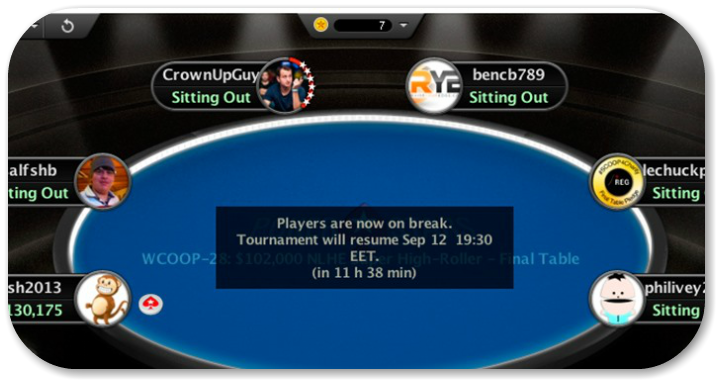 Even though Fedor ‘CrownUpGuy’ Holz doesn’t plan on playing a full time schedule anymore, he can’t stop running deep in high roller tournaments. This time he was caught up in a heads-up battle against ‘bencb789’ in the 2016 WCOOP $102,000 Super High Roller on PokerStars, which took place on Sunday.

It was a historic event, as it was the largest buy-in tournament in online poker history. The tournament attracted 28 entries and thousands of railbirds from all over the globe eagerly followed the action once it all started. After 17 levels of action, the field was reduced down to 6 players.

Holz was leading the chip counts at the final table after eliminating several players, including rivering a flush to bust Isaac ‘philivey2694′ Haxton’s pocket Tens that had flopped top set. But it didn’t quite work out for the German phenom in this super high roller event, it was bencb789’s day. He is a Swedish player who prefers to keep his real identity a secret.

In the final hand of the tournament, Holz raised to 12,624 on the button. And bencb789 made the call preflop. The flop came down

. Holz continued the aggression with a continuation bet of 12,540 and bencb789 called. The turn was the

on the river saw bencb789 check again, and this time Holz moved all-in for 316,035 with bencb789 snap calling with

and two pair. Holz bricked the river and had just ace high with

But it’s an unbelievable run that Holz is having, especially on the live high roller tournament circuit. Even losing the heads-up battle, the German sensation managed to win, because a heads-up chop between the two in the 2016 WCOOP $102,000 Super High Roller was agreed to. The top prize of $1.17M was awaiting the winner after a deal was made, and the second place finisher was to earn more than a $1M. Only three players made it in the money. Salman “salfshb” Behbehani from the United States was the third place finisher, and collected $560k for his efforts.

It would appear from reading this TwoPlusTwo thread as though ‘CrownUpGuy’ and ‘bencb789’ are friends when not playing poker against eachother, they made a joint prop bet offer together to sweat last year’s WSOP in Vegas.