Event #77: $5,000 No-Limit Hold’em Main Event is perhaps the most anticipated online poker event in the history of the world, holding huge promises for poker fans around the globe. Right now, there are thousands of players expecting the last part of the event, which will take place on September 5.

Namely, after all, starting flights of Day 1 concluded, there were 1,171 players left in the game, and the top 728 places were paid. Day 2 resumed on August 31, when the rest of the players had to narrow down the field even more. After 12 hours of intense poker action, there were only 38 players left in the game, and they will now rest for a couple of days and return on September 5 to decide the winner of the game. 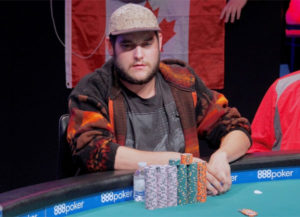 After a fierce battle, Bryan Piccioli emerged on top of the list, holding the biggest stack. The Las Vegas, Nevada resident, has managed to collect a total of 18,417,494 chips, which will be his starting amount when the event resumes.

Piccioli is actually quite familiar with how WSOP events work, meaning he is no stranger to running deep in them. In fact, he managed to end up in sixth place in the 2017 World Series of Poker Main Event when he earned a total of $1,675,000. With most chips at the moment, he is in a good position to break the personal record of his and earn more money.

The American player has been active in the 2020 WSOP Online. He first took part in events that were US-only on WSOP.com and then switched to GGPoker, where players from all around the globe can compete in massive WSOP online events. He collected 14 cashes on WSOP.com and five on GGPoker. If we count the Main Event, where he definitely made it to the money list, that will be a total of 20 cashes for Piccioli.

Two of the players who were under the radar among poker fans were Phil Hellmuth and Fedor Holz. Although both of them made it to Day 2, neither managed to make it to the money list, resulting in disappointment. Hellmuth, who was after the 16th gold bracelet in 2020 WSOP.com online, failed to achieve his goal.,

Apart from Hellmuth, Fedor Holz and Felipe Ramos also failed to go past the bubble. The two GGPoker ambassadors also had high hopes but left with no money in their pockets.