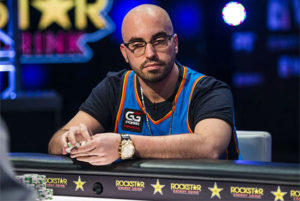 The new platform will attempt to challenge the prominent online poker industry leaders like PokerStars and 888poker but already has a head start after being backed by individuals with extensive experience who have already proven themselves capable of running an online poker site.

Kenney has denied all the accusations against him. Still, text messages shared by Martin Zamani of a conversation between Kenney and another player showed there might be some truth to these claims.

Parts of the conversation between Kenney and George Wolff show him encouraging cheating among some of his “horses,” which Zamani claims he hired to engage in various cheating activities online. Wolff later confirmed that the text screenshots were authentic, which couldn’t be denied by Kenney.

The chief operating officer of 4Poker, Heath Cram, says he has confidence that Kenney will be a great ambassador for the new site, despite being recently involved in the massive online cheating scandal.

It all started when online poker player Zamani, an admitted cheater who was previously involved with Kenney in his online poker staking venture, accused him of cheating.

Zamani said he was ghosting players online and using real-time assistance tools and collusion during online poker tournaments. He made the claim back in April on Doug Polk’s podcast.

Cram knows all about the accusations being leveled against Kenney and said he was shocked to first hear of them.

However, he has decided to give Kenney the benefit of the doubt after making his own judgment about him in the last several weeks while spending time with him and others involved in the new online venture.

He also believes that Kenney is passionate about poker and doesn’t think he would do anything that would harm the game.

The former Senior Director of Operations at Flutter Entertainment, Cram has more than 15 years in the online poker industry and spent several years at PokerStars before it was acquired by Flutter.

After spending a short period at Sportradar, he returned to PokerStars in 2017 as director of operations for product and program before taking on his new role at 4Poker.

Many in the industry were surprised by Cram’s announcement on his Linkedin profile that he was joining the new startup. It’s not every day that a senior management member leaves an industry leader to join a startup that will directly compete with them.

Cram will be the head of 4Poker’s commercial operations and business strategy as it tries to become established in a highly competitive market that a few big operators rule. 4Poker is preparing for a soft launch with invited guests in the fourth quarter of this year.