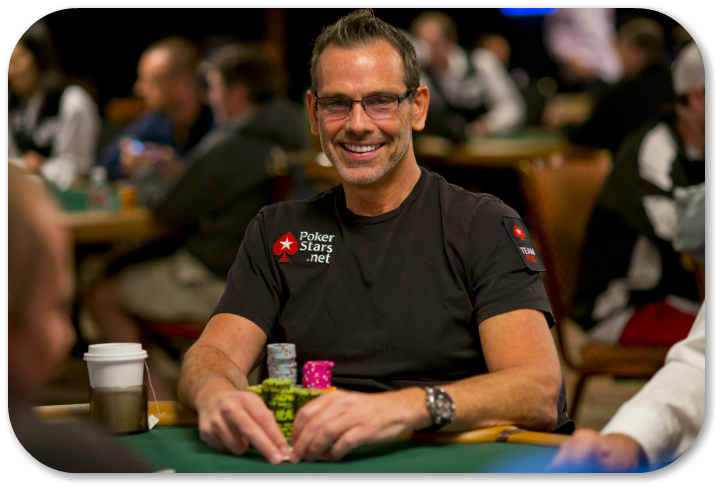 Team PokerStars Pro member Daniel Negreanu hosted the charity poker tournament. The $200 buy-in No Limit Hold’em event with re-buys attracted 87 players in total and had 214 re-entries over the course of the day, building a prize pool of $38,800.

Fifty percent of the prize pool from the tournament went towards the charity whom Chad supported when alive, and Resorts Casino Hotel, which hosted PokerStars debut festival, also donated $3,500 directly towards this great cause, which has now raised more than $150K, benefiting Leukaemia, Cancer and AIDS Research.

On the hosting of the event, Negreanu said: “Chad was a close friend to me and many other people in the poker community and I’m delighted to be hosting this tournament in Chad’s honor.” “It’s great to see different people, and indeed different poker companies, from across the industry come together to raise money for a great cause.”

Prizes offered to the top-place finishers included a $5,000 PokerStars Championship Bahamas Main Event seat, a $3,200 Players Poker Championship Aruba Main Event package, entry to any of the WPT500 events in 2017, a $500 VIP WPT Experience, among other prizes.

Chad passed away in 2014 after a three-year long cancer battle. Following his passing, the WSOP honored Chad Brown’s life with an honorary WSOP Championship Bracelet, the first time it was awarded to a player who didn’t technically win a WSOP run event.

Dan Shak, a popular high-stakes player from the United States, is also matching donations made dollar-for-dollar up to $35,000 to Raising for Effective Giving (REG), the meta-charity that focuses on raising funds for effective charities as discovered by Givewell and through their own research to improve the world. Shak became a supporter of REG because he is a huge fan of the work they’re doing within the poker community. Many other high-stakes players have also contributed, as well.