Chad Norton Wins a Gold Bracelet in His WSOP Debut 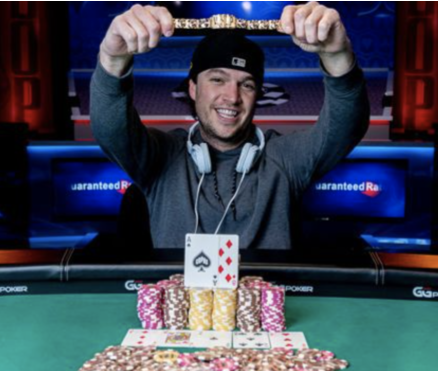 Some players take part in dozens of World Series of Poker events and never get to win the gold bracelet, the most prestigious reward in the poker world.

However, there are some rare occasions in which a player who debuts in a WSOP event for the first time wins a bracelet — Chad Norton is one of those players.

He took part in Event #46: $800 No-Limit Hold’em Deepstack, where he received a total of $214,830, in addition to the first-ever bracelet in the first-ever WSOP competition. The field attracted a total of 2,053 entries which narrowed down to 120 players on Day 2.

From that point onwards, Chad Norton needed approximately eight hours to emerge to the top and retain that position.

Norton was happy with his achievement, stating that the feeling was “surreal.” He added that the tournament pace was rather quick and that there were plenty of ups and downs, but he eventually managed to win and had a lot of fun while it lasted.

This was definitely not an easy fight for the winner, as he had only ten big blinds coming into the final day. Nevertheless, he managed to get back to the race and even win it, claiming the biggest slice of the prize pool pie.

Norton was a cars salesman who turned to online real money poker. Therefore, he has plenty of experience playing the game at the virtual felt, but he definitely lacked live experience, given that this year’s WSOP was his first-ever. Before that, he only took part in one live WPT event before traveling to Vegas to test his luck and skills.

Norton was third in chips when the final table was formed. However, he immediately attacked and managed to emerge on top after the very first hand, when he turned a full house and took Kevin Wang’s chips. From that point on, Norton dominated the game and eventually won the event.

The first player to hit the rail in the final table was Joshua Herman from Canada, who managed to earn a total of $19,533. Herman was followed by another Canadian — William Blais, who ended up in eighth place for $24,982.

The seventh position was reserved for Jordyn Miller from the US, who snatched $32,254, and was followed by Kevin Wang for $42,031.

Bulgaria’s Ivan Uzunov was the only European representative at this final table. He ended up in fifth place, landing a total of $55,279.

Narimaan Ahmadi from the US was fourth for $73,271, and Andres Jeckeln from Argentina was the last player to hit the rail before the heads-up.

Steve Lemma was the last player to remain in the game and face Chad Norton in the heads-up. At the start of the final table, Norton had a 3:1 chip lead, and he didn’t take long to complete his run and win the gold bracelet. Norton had a dead man’s hand in his pocket against Lemma’s queen-nine, meaning Lemma had to settle for the consolation prize of $132,802.