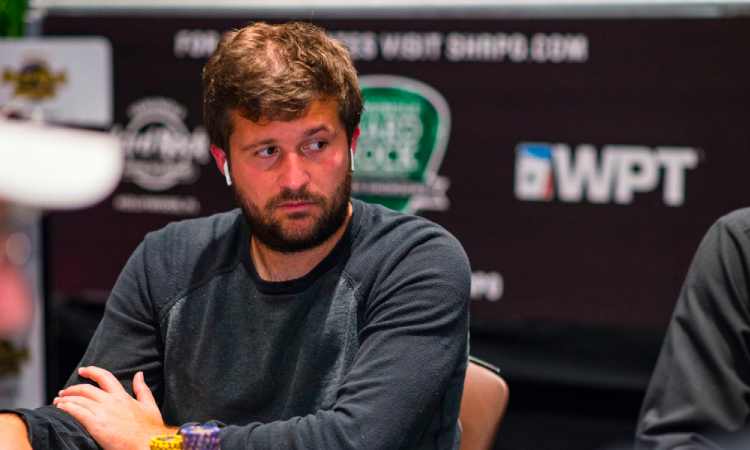 He adds this title to his win at WPT Venetian in 2021. The win also earned the Florida pro a seat at the WPT World Championship to be held in December.

A total field of 569 players entered the $10,400 buy-in main event, which featured a prize pool of more than $5.5 million to be split among the top 72 finishers in the event.

The Five Diamond Festival included more than 20 events featuring several $25,000 high-roller tournaments from October 7 through October 23. The first-place finish gives Eveslage the title of Player of the Festival, which earned him a seat to the $1,100 World Poker Tour Prime Championship.

Buckner Finishes As Runner-up For Second Time This Season

Steve Buckner came up just short of winning the Mike Sexton WPT Champions Cup, finishing as runner-up for the second time this season. He took home a purse of $690,000 and moved to the top of the 2022 WPT Player of the Year rankings.

After the win, Eveslage commented, “Bunch of emotions, very tired, happy. Before I hit the ace on the river, I felt resigned to defeat. Then it’s just like, ‘oh, I win.'” It was the second-largest cash of his career, only behind his $1.4 million payday earned from the $25,000 No Limit Hold’em Eight Max event at the 2022 World Series of Poker.

Play at the final table went a record-breaking 399 hands before Eveslage finally took down Buckner. Starting at noon local time, the tournament didn’t finish until nearly midnight after the heads-up match went back and forth for nearly four hours, even with accelerated 30-minute blind levels.

Buckner needed a miracle to survive at the final table after he moved all-in preflop with QH, JD midway through level 28 and was called by Gathy’s AD, JC.

Gathy gained a bigger lead after the flop paired his ace, leaving Buckner needing two runners to survive. He lucked out after getting KC on the turn and 10C on the river to complete his straight.

Owen and Andrew Neeme hosted a meet-up game the day before the FIve Diamond main event on October 18, with WPT ambassador Steve Aoki showing up to enter the MUG.

The next stop on the World Poker Tour is the WPT Rock’ N’ Roll Poker Open (RRPO), with the $3,500 buy-in main event to be held from November 25-30 at the Seminole Hard Rock Hotel & Casino in Hollywood, Florida.