Daniel Negreanu Gets Ready for a Busy WSOP Schedule This Year 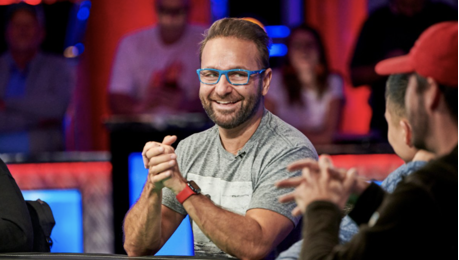 It’s that time of the year for top-class poker events to hit casinos and cities all over the world. Elite players such as Daniel Negreanu have already set their eyes on 2022 and what events will top their lists. However, this year is expected to become one of Negreanu’s busiest poker rallies so far.

As Negreanu embarks on a new summer filled with real money poker action, so are other lite competitors who are seeking to challenge his current reign. With seven bracelets on his wrist, Negreanu’s upcoming World Series of Poker (WSOP) schedule is filled with plenty of action and opportunities to continue proving why he is one of the top poker players in the world.

This season, Negreanu is set to hit the poker tables more than almost any other player could handle. The GG Poker Ambassador is expected to participate in 49 official bracelet events.

This means that he is serious about pursuing a bracelet this year. The last time the poker star walked away with a bracelet on his wrist was back in 2013.

Ten of this year’s events will allow Negreanu to face top elite players. Among some of the events, the Canadian native will start his upcoming tour with the $100K High Roller Bounty event, which is set to take place on May 31. On June 23, the elite poker player will also take part in the $250K Super High Roller event.

Negreanu is also scheduled to participate in other events with entry prices below the $10K mark. These will include the Dealer’s Choice Championship, the Short Deck No-Limit Hold ’em, and the Pot-Limit Omaha 8-Handed Championship.

To play in almost 50 WSOP events, the Poker Hall of Famer will spend nearly $1 million. Although the estimate is currently set at just over the $900K mark, that sum could easily increase.

Still, with big spending comes big hopes of making most, if not all, of that investment back. Negreanu’s records are about as safe a bet as any other poker player in the WSOP.

Just last year, the Canadian poker star was able to cash over $400K in earnings. He did so in just a total of 18 events.

Negreanu was also able to make it to the top ten in seven major events. However, his most significant victory of the year was at the PokerGO Cup $50K High Roller, which was his first big championship in over seven years.

Perhaps it’s Negreanu’s aggressive approach to get back into the game or his past numbers that speak for themselves. According to poker experts, the Canadian star is set to kick off the Poker season in May, meaning that 2022 might just become one of Negreanu’s most hectic and successful years of his professional career.