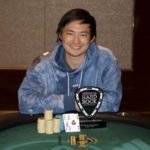 The Seminole Hard Rock Poker Open is currently one of the main focuses of the poker community, especially the two big events — the $5,250 Main Event and the $25,000 High Roller Event. However, there are other important events that are part of this tournament, and some of them came to an end recently, making some of the players very rich.

The first event is the $2,650 No-Limit Hold ’em, which was won by Jessica Dawley. The tournament is the first of the Big 4, and it allowed one re-entry and a guaranteed prize pool of $1 million. There were a total of 385 entries, which was less than expected.

The first player to emerge a chip leader early on was Faraz Jaka with more than 100 big blinds. However, Dowley was doing pretty good herself and was in third place most of the time, just below Raj Vohra. However, Dawley quickly managed to turn things around and flopped quad kings. She overtook Vohra and later managed to gain even more chips against Jake Daniels.

She won a total of $204,610 as the first-place player in the end. Other notable players who made it to the final table of this event were Jordan Cristos and Justin Zaki. Dawley managed to beat Jaka in the final part of the game, leaving Jaka with a prize of $142,880.

The final table of this event was very polarized, as Cangir Elcin and Jack Duong had many more chips than other players, with 100 BBs and 80 BBs, respectively. At that moment, all other players in the final table had less than 30 BBs.

In other words, Keith Brennan was nowhere on the radar, and nobody expected him to win. However, he played some really good poker hands and managed to emerge at the top, winning a total of $104,035 as the first-place player.

Coming from Ireland, Brennan was the only non-US citizen at the final table. He faced Elcin in the heads-up part of the tournament and managed to win the entire event. Duong, who was another chip leader at the start of the final table, ended up in fifth place in the end, winning $24,935.

Stephen Song won the $10,000 unlimited re-entry event that lasted for one day and had a total of $500,000 in guaranteed prizes. There were a lot of people who were interested in the event, with 117 entries increasing the prize pool up to $1.1 million. Song made a deal with James Romero in the heads-up part of the game, splitting the final prize to $250,000 each.