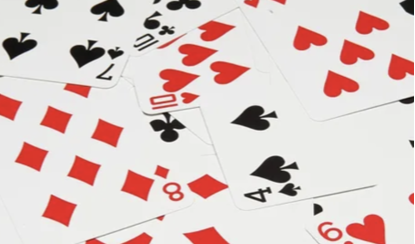 There is always some sort of controversy at the annual World Series of Poker, with this year no exception. In Sunday’s $1,000 buy-in Million Dollar Bounty event, an incident involving a faulty deck caused two identical cards to be dealt during a hand on the flop.

The real money poker tournament was guaranteed to draw a large field of players with its low buy-in, and because of the $1 million bounty put on one random player and given to the person that eliminates them.

On one hand, during play on Sunday, the flop produced, to the surprise of everyone at the table, a 5-3-3 – both 3s were spades. Although this doesn’t happen very often, it’s not the first time it’s been seen in tournament play.

With all of the millions of hands dealt during the WSOP, the odds are that at least one deck may turn out to be faulty. Unfortunately, the deck also made it past a visual inspection and was still put into play. By rule, the hand was declared dead, all players were returned their chips, and the tournament continued.

Players Say They Were Threatened With Disqualification

The controversy, in this case, is what some players say was the response from the floorperson after the hand involving the duplicate cards. Poker player Christopher DeMaci posted on Twitter that a floorperson threatened that players who posted photos of the flop in question on social media would be disqualified.

He also said that a later announcement informed players they would be banned from all Caesars Entertainment properties if they took photos.

This seemed like an extraordinary response to many players as faulty decks sometimes appear in tournament play. But unfortunately, to enforce such a request, officials would need to spend a lot of hours finding all instances of any photos and linking them with every player in the tournament that posted them.

WSOP Says No Threats Of Ban

There was an immediate response from Twitter, including Todd Witteles, the founder of PokerFraudAlert.com and current poker pro, asking for clarification of the threat announced by the floorperson.

Many people replied to the post, saying there was a misunderstanding. Players were permitted to take pictures of the weird flop but were not allowed to use video or flash photography, which would result in a ban.

Terrance Reed, who posted he was working at the tournament in a media capacity, said the announcement made was “do not use video or flash photography” or risk being banned. He said he also thought the announcement timing was poor, as people were actively taking photos at the time.

WSOP Vice President Jack Eiffel told CardsChat on Monday, “Yesterday’s incident resulted from a faulty deck that wasn’t properly verified, but the issue was quickly remedied. All of our dealers know the correct procedures for verifying a deck before dealing the first card.”

The threat of disqualification was nothing but a misunderstanding of the rules already set in place by the WSOP. Eiffel also reiterated that no players in the Million Dollar Bounty event were threatened with disqualification relating to the incident with the faulty deck.