How to Profile Players When Playing Texas Hold’em 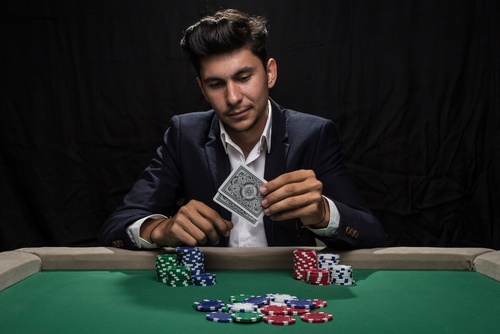 There are many different playing styles in Texas Hold’em. Each one has its advantages and disadvantages. Therefore, it’s crucial to understand the playing style of your competition to make the best decisions.

The goal is to learn your opponent’s patterns and eventually use them to gain an advantage. This ability can significantly improve your results at the table. There are different poker styles to look for, and detecting them will lead to more wins.

Tight-aggressive, or TAG, Texas Hold’em players generally don’t play a lot of hands. When they do, they will always play them aggressively and will fight for every pot. When this type of player enters the pot, you can assume they have a good hand.

They normally limit the combination of hold cards they will play, which are usually premium hands. They will also show good hands when brought to a showdown.

Because of their appearance as tight players, they may sometimes try to steal the pot by bluffing when they feel like it’s to their advantage. This type of player also avoids playing marginal hands, which results in fewer mistakes. This style requires a lot of patience but can be very profitable.

A loose-aggressive, or LAG player plays a lot of hands and plays them aggressively. This type of player is aware of their reputation and will get a lot more action than other playing styles just because of the number of hands they play.

This is because the more hands they play, the lower the chances are that they will have a strong hand.

The weakness of the LAG style is playing too many hands. If playing against tight players, it may be possible to win a lot of small pots pre-flop, which isn’t too exciting but will add up in the long run.

This is generally a winning style and can be countered by playing a TAG style. It also helps sometimes to raise when you have a weak hand or let the opponent bluff when you have a good hand to throw off their game.

In this playing style, players are not aggressive and won’t bet or raise very much, but they will make many calls. They also won’t bluff much, so when this player does start to call bets, you’ll know they have a good hand.

On the other hand, tight-passive players are the easiest to bluff. They generally fear losing, and if they bet a small amount or limp in pre-flop, you can raise them while holding many different hands.

Be cautious of these players and steer clear if they show they have a strong hand unless you have one of your own. Because you can bluff more against this playing style, be sure to mix it up enough, so you don’t become too predictable.

Loose-passive players will tend to limp into many pots. They will generally play too many hands, making their hands worse than a tighter player when they enter the pot.

These players are easy to read because they mostly tend to check and call. Opponents can often draw better hands against them as loose-passive players will not usually charge them enough to see the next card.

The strategy of a loose-passive player is to watch the action and let everyone else risk their chips. This makes them easy targets because they are not difficult to spot.

You will not be able to bluff this type of player as you would a tight-passive player, as they will almost always call. When you pick up a strong hand against them, you should take them for as much as possible.