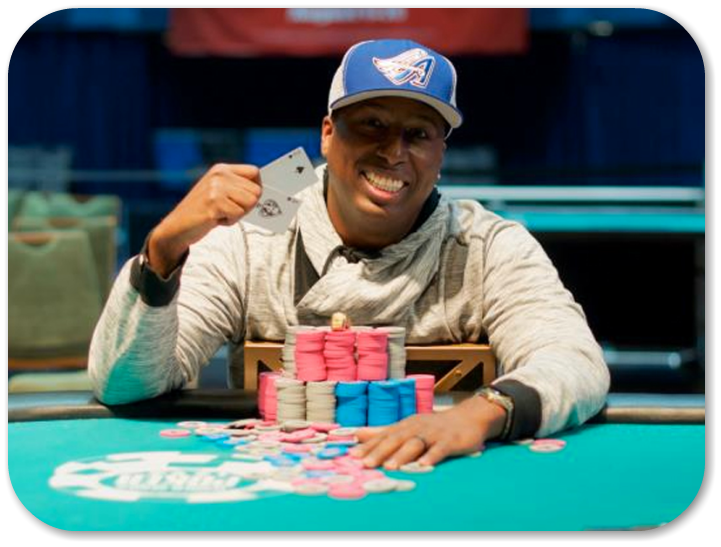 Poker pro, Maurice Hawkins, who hails from Florida, has set a new record, winning his third World Series of Poker Circuit (WSOPC) Main Event in 2016. It came at a WSOPC event at Palm Beach Kennel Club in South Florida where he was required to outlast 260 other players over a grueling three-days.

But it’s not like Hawkins isn’t used to running deep in multi-day poker tournaments. In April, Hawkins confirmed he was a dominant force on the WSOP Circuit after winning back-to-back WSOPC Main Events in Council Bluffs, Iowa, and Harrah’s Cherokee, within two weeks of each other, taking down 321 and 1,008 players in those events. Two other players on the tour, Blair Hinkle and Chris Ferguson, have won three WSOPC Main Events, but they didn’t take place within a calendar year.

At the WSOPC Palm Beach Kennel Club Main Event final table, Hawkins was one of the shorter stacks, but the confident Florida-based pro didn’t think for a second he couldn’t turn things around in his favor. Playing in West Palm Beach also gave him the home ground advantage, and he made the most of the situation.

Following his third Main Event win, Hawkins said to WSOPC tournament staff “Three in a year beat that.” Hawkins collected a $95,921 payday, as well as a gold ring encrusted with diamonds. Khoan Ho, the runner-up in the PBKC Main Event, received a $59,265 payday.

This latest tournament victory gave him his eighth WSOP Circuit gold ring (as already mentioned three are from Main Event victories this year). Only one other player, Alex Masek, has more WSOPC gold rings to his name, with nine.

It takes his total live tournament earnings to $2,352,578, according to The Hendon Mob (winning more than a million dollars from WSOPC events alone). The West Palm Beach poker pro will also be gaining entry into the season-ending WSOP Global Casino Championship for the second consecutive year to cap off a highly-successful 2016.