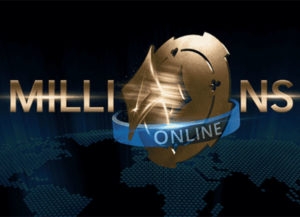 The MILLIONS Online tournament continues to produce poker winners in its events, the latest ones being Joel Nystedt and Michael Zhang. Let’s take a quick overview of these two online poker events which they managed to top.

Day 2 of the event started on February 21, with 91 remaining players. All of them managed to make it to the money list, with the minimum payout being $1,080. Joel Nystedt then took a bit less than eight hours to complete the event and win the biggest prize of $91,232. Since this was a knockout event, his base price was actually $41,854, whereas the remaining $49,378 came from bounties he had collected by sending players to the rail.

The fifth place was reserved for Jerry Odeen, who snatched $12,899 — less than the previous two players. Simply put, Odeen only scored $250 on bounties, but his share of the prize pool was $12,649.

The last player to hit the rail before the heads-up was Matas Cikinas from Lithuania, who earned $37,951, with $9,565 being from bounties alone.

Joel Nystedt faced Wietse Hasper in the heads-up. However, the player from the Netherlands had to settle for the consolation prize of $48,699.

Michael Zhang managed to score a great victory in the MILLIONS Online #09 event. It took just five and a half hours to get the money.

The tournament offered $100K in guaranteed prizes and attracted a total of 91 entrants. In the end, the prize pool was $182,000, and Michael Zhang (whose real name is Chi Zhang) managed to snatch the lion’s share — a total of $49,984.

Other players who managed to make it to the final table were Alexandros Kolonias, Elio Fox, Pavlo Kolinkovskyi, Patrick Leonard, David Peters, and Guiseppe Dario Sammartino. In fact, Sammartino was Zhang’s heads-up opponent, but he had to settle for the consolation prize of $32,029.

MILLIONS Main Event is currently underway, and Daniel Dvoress is currently leading in chips. The Main Event offers $5 million in guaranteed prizes and requires the buy-in of $5,300.