More Women Are Now Playing Poker Than Ever Before 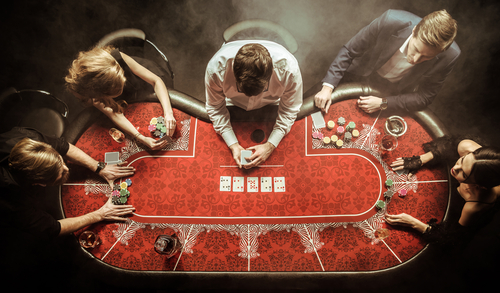 With advances in technology making poker more accessible to more people, it’s now more prevalent among women than ever. According to a recent study released by 888poker, there was a 22% increase in the number of women poker players in 2021, with a steady rise of 23% overall in female players in the past five years.

The gender gap in poker still exists, with the industry making a constant effort to open up the game to women, knowing that it’s the key to the game’s overall growth. As the game becomes more popular, it’s now estimated that more than 100 million people play online, with the number still increasing.

What Attracts Women to Poker?

More than half of the women involved in the study said they first started playing poker for the fun and social aspect of the game, while another 37% said they started playing because the game is also easy to learn. Although the research shows that 31% of female poker players have never played competitively, the overall numbers signify that things are changing for the better.

More women are needed to become involved in the industry to grow the game, leading to more cardrooms, larger events, and more coverage in the mainstream media. Most cardrooms around the world are mainly filled by men unless there is a ladies’ event being sponsored. For example, the last World Series of Poker Main Event saw women make up approximately 4% of the more than 7,000 entries for the tournament.

Anyone can clearly see the need to grow the game of poker among women reflected in the all-time poker money list, as women’s poker legend Vanessa Selbst is the only female player to break the top-100. Although it’s difficult for women to find a place in the male-dominated poker world, once they do, they often will find themselves in an advantageous situation.

Women who have been successful playing poker don’t usually have problems getting sponsorships and endorsements, which has made it somewhat easier for them in this regard. On the other hand, the chances of getting a sponsorship deal for men are much more difficult and are only reserved for the top players.

With help from groups like the Poker League of Nations, the industry can get more women involved in poker as the world celebrates International Women’s Day. The Facebook group has found that the top reason women don’t play more competitive poker is due to an insufficient bankroll.

The PLON group finds female players and stakes them in many tournaments, including the WSOP Main Event. Group founder Lena Evans has her own fund called the Founders Fund, which also stakes women players.

Although women still make up a small percentage of poker players, the industry remains optimistic that women will continue to make up a more significant part of the community. Maybe that surge will come once the second woman makes it to the final table of the WSOP Main Event.