Poker Pro & Hall Of Famer Mike Sexton Passes Away At 72 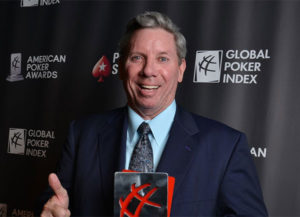 The world of poker has lost another legendary player. The Poker Hall of Famer, Mike Sexton, passed away on September 6 at the age of 72 after losing a battle to prostate cancer.

Starting September, the poker world has learned that Mike Sexton, one of the greatest ambassadors of the popular card game, has had prostate cancer that spread to other organs. After only a couple of days, his good friend, Linda Johnson, shared the news that the legendary poker player passed away.

Sexton was an avid poker fan. At the start of his career, he made sure to become a well-respected professional player, taking part in numerous tournaments and cash games. However, he started becoming interested in a commentator role, so he switched to TV, becoming one of the most memorable poker commentators for the World Poker Tour. In fact, most poker players probably know Sexton for his great skills as a TV persona.

He was also very active in promoting the game, being an all-around ambassador whenever he could. Later, he would become a partypoker ambassador and devote his time to that role. In fact, Sexton was one of the key people for the success of partypoker, as he helped the company attract initial traffic and get off the ground.

Needless to say, Sexton was one of the favorite people in the world of poker, as both his colleagues, fellow players, and fans loved him and recognized his great contribution to the game.

His devotion to poker led to him being introduced to the Poker Hall of Fame in 2009.

Sexton spent his early adulthood learning to play poker and mastering the game. In 1985, he moved to Las Vegas, pursuing his dreams of becoming a poker professional. Las Vegas brought him many new friendships, including the one with Steve Lipscomb, the founder of the World Poker Tour.

Linda Johnson and Mike Sexton were delighted with the news that Lipscomb told them – that he wanted to create a new poker competition. Sexton was asked to be a commentator, which he accepted, becoming a partner with Vince Van Patten.

For the next decade and a half, Mike Sexton was the voice of WPT. His enthusiasm and charm were one of the things that made this poker competition so popular among the viewers. He narrated dozens of final tables, creating memorable broadcasts during the period when the game of poker was booming.

After 15 years as a commentator, he decided to leave WPT to become an ambassador for partypoker. Tony Dunst took his place at the booth.

Sexton was an integral part of partypoker when the company started booming. As a matter of fact, he was one of the people who got the credit for naming the company.

In other words, Sexton was basically there from the start of the company, witnessing how it became one of the most important poker platforms in the world.

Apart from being committed to poker, Sexton was also a charitable person, making plenty of charitable donations, some of them being part of his poker winnings.