Top online poker platform PokerStars has teamed up with the female-led Poker Power, which also promotes women in poker, to establish a bootcamp aimed at attracting more women players to the game. The initiative is targeted toward females interested in improving their skills and experience poker both online and at the tables. 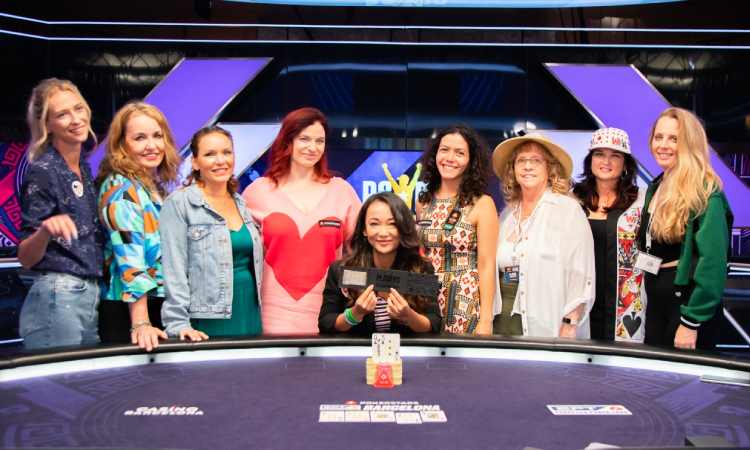 This is part of PokerStars’ commitment to expanding poker’s reach and supporting women in the game. It hopes to encourage them to sit down and have fun at the tables while ensuring everyone has a safe and comfortable experience.

PokerStars and Poker Power are together organizing the four-week event that is open to women worldwide. The bootcamp will give novice players a chance to learn gameplay skills that will help make them more successful.

This includes a focus on negotiation, capital allocation, and strategic decision-making. There will also be specialized tournaments and home games at PokerStars as part of the curriculum and practice sessions on the Poker Powers learning app.

For more than 40 years, the percentage of women participating in professional poker has been between four and five percent.

Barbara Freer was the first woman to enter a World Series of Poker (WSOP) open event in 1979, with not much changing until the last several years. 888Poker has reported an increase in women players of 23% since 2016, but the activity is overwhelmingly still dominated by men.

Erin Lydon, Managing Director of Poker Power, says the company is excited to be partnered with PokerStars on this project. She commented;

“I hope through this partnership, we can create more opportunities for women, and that perceptions of poker will begin to shift and more women will feel empowered and safe to step up to the gaming table.”

The goal is to help prepare the women participating to win an entry to the Platinum Pass EPT Prague Tournament, which will be from December 7 to December 18, 2022.

At the conclusion of the bootcamp, players will have a chance to play for an all-expense paid trip, and a free entry into the PokerStars Players No-Limit Hold ’em Championship.

The tournament has a buy-in of $25,000 and will be played in January 2023 in the Bahamas. The winner will have a six-night stay at a five-star hotel, including airport transfers and $1,900 in cash for expenses.

Other tools will be available to participants after the bootcamp, including PokerStars Learn. It will be available for players 24/7 to improve their skills at their own pace while learning about hand rankings and becoming more familiar with playing poker in an online format.

The individuals were selected for the bootcamp through an anonymous survey and have limited poker experience. However, they have shown much enthusiasm in their interest to participate in a poker bootcamp to increase their knowledge of the game.