The Three Most Popular Poker Variants Every Player Should Know 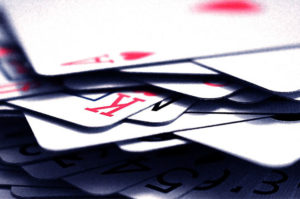 If you have played poker at least a bit, you probably already know that this card game comes in various shapes and sizes. Poker has been explored for a very long time, and its rules varied up to great extents. Nowadays, we have dozens of poker variants, with some of them being much more popular than others.

The only thing that makes them all poker, in essence, is that all of them have hands, and players need to outrank the hands of their opponents. Moreover, the majority of poker games require placing bets and reaping the rewards if you win the hand.

Many poker professionals agree that most of the poker games fit into one of these three categories: draw poker, stud poker, and community card poker. The rest can be a mix between these, which are called mixed games.

Draw poker is perhaps the oldest form of poker, and it’s something that you can see cowboys playing in saloons in western movies. However, draw poker is also available as video poker in casinos and online casinos.

Every player gets a completed hand (usually five cards), and they have an opportunity to improve the hand by replacing some of the cards. The player with the highest hand wins. Perhaps the most popular form of draw poker is the so-called five-card draw.

In stud poker games, every player receives a combo of face-up and face-down cards throughout multiple rounds of betting. The two most popular forms of stud poker are seven-card stud and five-card stud. Other variants that many poker players also love include six-card stud, razz, high-low stud, Mexican stud, and more.

The second most popular poker game is also a part of this category — Omaha. What makes community card poker games similar is that there are always shared cards among all players sitting at the same table.

If you know how to play Texas hold ’em, then you know that each player receives two hole cards. Then five additional cards are shared on the table that everyone can use to make combinations of their own.

These three types of poker are one way of looking at things, as each category has several specific variants that you can play. However, they do not incorporate all types of poker, as some are considered “mixed.”

There are specific poker variant games such as High Chicago, Low Chicago, Follow the Queen, and more. In some of the future pieces, we’re going to cover the rules and goals for playing most of the poker variants that exist nowadays.

Make sure to stay tuned and find out more about the game of poker!