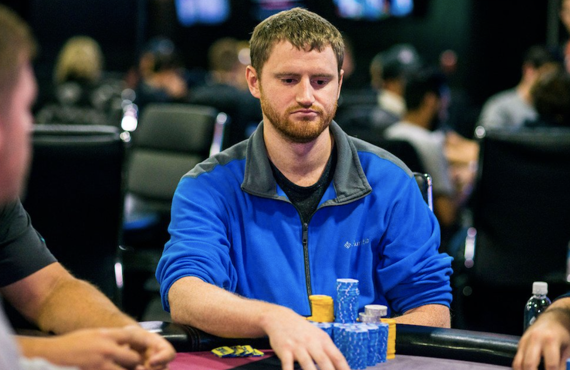 This past Sunday night, David Peters managed to claim his third gold bracelet by taking part in the 2021 World Series of Poker (WSOP) Online Event #25. This was a $7,777 buy-in No-Limit Hold’em Lucky 7’ High Roller event that attracted a total of 151 entries (113 players were unique, and 38 rebought their place into the tournament). In the end, the prize pool was $1,113,927, and Peters grabbed the lion’s share of it.

So far, this was the real money poker event with the largest buy-in in 2021 WSOP, and it lasted for a total of 10 hours, with David “dpeters17” Peters being the last man standing. His prize for reaching first place was $283,940.

Peters took part in US Poker Open Championship before playing WSOP events, where he managed to make a back-to-back victory. In other words, he continued his winning streak by winning a gold bracelet in the WSOP event.

Winning another bracelet was just another addition to his impressive resume, as Peters remains one of the highest-paid poker players in the world, with total live earnings going north of $34 million, according to his official Hendon Mob player profile. In fact, he is currently ranked fifth in the US all-time money list, with just Bryn Kenney, Justin Bonomo, Erik Seidel, and Dan Smith in front of him.

A total of 36 players made it to the money list, with Anthony Spinella bursting the bubble by hitting the rail in the 37th position. Some of the players to make it to the money list but not to the final table were Arkadiy Tsinis, Jeremy Ausmus, Jesse, Yaginuma, Dylan Smith, Ankush Mandavia, and Christopher Brewer.

The first player to hit the rail in the final table was Jason “EddieVedder” Koon, who had just a bit more than ten big blinds at the start of the final part of the tournament. Koon jammed with king-three and was called by Galen Hall, who had a pair of eights. Therefore, Koon had to leave the game with $25,063 in his pocket. The next player to leave the game was Galen Hall despite scoring an elimination early in the final table. Hall won a total of $33,529 for his effort.

Next, it was time for Christopher Staats to end his run, winning $44,780 as the sixth-placed player. Then, Joseph Demestrio hit the rail, adding $60,486 to his live poker lifetime earnings.

The fourth place was reserved for Brandon Adams, who earned $84,547 for his effort, and Ryan Laplante was the last player to leave the game before the heads-up play could start. Laplante won a total of $120,638.

Peters’ final opponent was Charley “CherryHillPd” Hook. Their duel was a real rollercoaster of emotions for both of them, as they both managed to gain a double lead at one point. However, Hook ended being the loser in the duel and had to settle for the consolation prize of $175,443.