With two tournaments remaining in the PokerGO Stairway to Millions series, the Venetian Resort in Las Vegas has canceled both events totaling $1.1 million in guarantees. The series was supposed to guarantee $2.15 million in prizes over the 12 events but only completed ten before it was canceled. 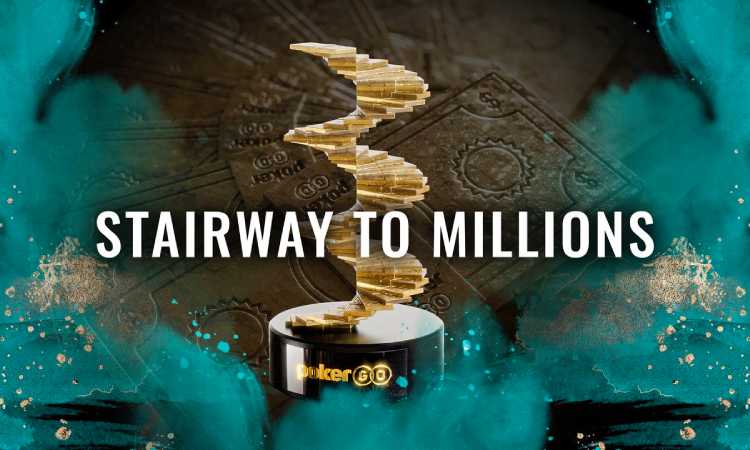 Sunday was supposed to feature a $25K buy-in tournament with $500K guaranteed. Those finishing in the money were to receive a ticket for Monday’s $51K Event #12, which would have had a $600K guarantee.

The PokerGo Stairway to Millions format advances every player that cashes into the next event. The final event was scheduled for Monday with Event #12. All of the first eight events surpassed their guarantees.

However, last Friday, a $10.4K buy-in tournament with $200K guaranteed had only 18 entrants, making the guarantee almost $21K short. The next day, a $300K guaranteed event fell $30K short, making that event the last of the series.

Many players upset with the last-minute cancellations expressed their frustration on social media. Adam Hendrix was one of the players that had earned a seat to the series finale on Monday.

However, he was informed while playing in Event #10 that the guarantees for the last two events would be removed, therefore canceling the events.

Hendrix was the runner-up in Event #9, earning $37,050 and a seat to the final event. He later tweeted that he was offered cash for the seat he won, saying, “canceling a guarantee to a tournament you won a satellite into is already unacceptable.”

After Saturday’s live updates, PokerGO announced on its website, “The Stairway To Millions originally had 12 events on the schedule, but due to decisions made by the Venetian Resort Poker Room, the final two events were canceled.” Paul Zappulla was the winner of Event #10, taking home $124,500 in what would be the final event in the series.

It’s not unusual for a host casino to cancel a guaranteed event while a tournament is in progress. While it certainly can be a black eye for them to cancel, it’s not a rare occurrence.

The last time this happened was in August when the Hustler Casino in Los Angeles canceled a $250K guaranteed tournament just four days before it was to end.

Another recent cancellation was in June when the Orleans casino in Las Vegas was in the middle of its Summer Open poker series and canceled the last three multi-flight events, including one with a $250K guarantee.

While cancellations such as these can be frustrating for players, this certainly won’t be the last time a casino ends an event early if they anticipate there will be some overlay. However, there have also been many instances where the casino facing an overlay would accept the loss and continue with the tournament.

The most recent example was when the Lodge Card Club took a $300K loss in overlay during the $2 million guaranteed May Lodge Championship Series Main Event in Texas.