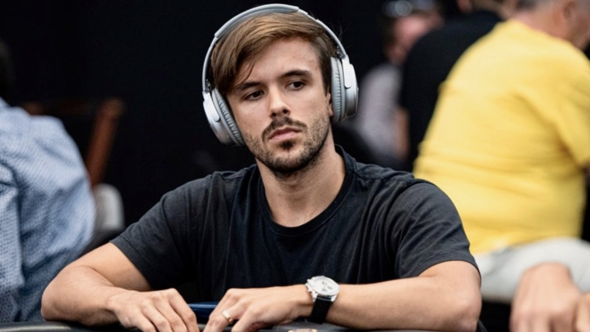 Monaco’s second high-stakes European Poker Tour contest ended with a big comeback win for Yuri Dzivielevski at the €25,000 Monte Carlo event on April 30. The event had the highest buy-in on the schedule so far and attracted 74 entrants who combined to build a prize pool of more than $1.8 million.

The Brazilian pro and two-time World Series of Poker bracelet winner came out on top in the end, winning the top prize of $470,941 (€448,515). It was his biggest career payday in a live event and helped put his recorded earnings at well over $2.6 million.

Going All the Way

The single-day real money poker event lasted well into the early morning, and after Byron Kaverman was eliminated and there were just two players left, Daniel Dvoress agreed to an ICM deal. The two players flipped for the trophy, with Dzivielevski winning the toss for the tournament’s top prize. As the runner-up, Dvoress took a prize of $407,620.

Sam Grafton was looking to add to his recent victory at the €10,200 Prague Bounty Hunter High Roller event, which earned him $87,000 last month. In this tournament, he was only able to manage seventh place and take a prize of $85,280.

His day ended dramatically, as he started the hand in the lead with pocket jacks, with Dvoress holding pocket tens. Sirzat Hissou would triple up, holding ace-king as the flop gave him T-7-2-Q-K.

Hissou would be the next player eliminated, but before that, Dzivielevski was very close to leaving himself, finding himself with the shortest stack and just three big blinds left, but was able to double up several times to keep himself in the running.

He moved up to second in the chip count and doubled up two more times. By the time Hissou busted out, the eventual winner had found himself with a great chance to win and didn’t hesitate to capitalize.

The next two players would be eliminated quickly as Andras Nemeth of Hungary finished fifth and took home $138,590. Andriy Lyubovetskiy would be the next player to bust. He finished fourth for a prize of $175,010.

Once the table was down to three, each player held the chip lead at one point before Kaverman went all-in with ace-ten vs. Dzivielevski’s queen-deuce. The Brazilian moved ahead with the flop of Q-8-3, with Kaverman getting no help after a three on the turn and a four on the river. He took home $227,420 for his third-place finish.

Once Dvoress and Dzivielevski became the final two, the ICM deal showed the Brazilian with 5.3 million chips compared to Dvoress’ 2.1 million, which meant Dzivielevski would take the top prize.

The two then flipped for the PokerStars trophy, with Dzivielevski’s ace-seven suited beating the queen-nine of Dvoress to take home the trophy.

The two pros could cross each other’s path again. The $100,000 Super High Roller event will begin this week in Monte Carlo, with both Dzivielevski and Dvoress planning to make entries to the live event.